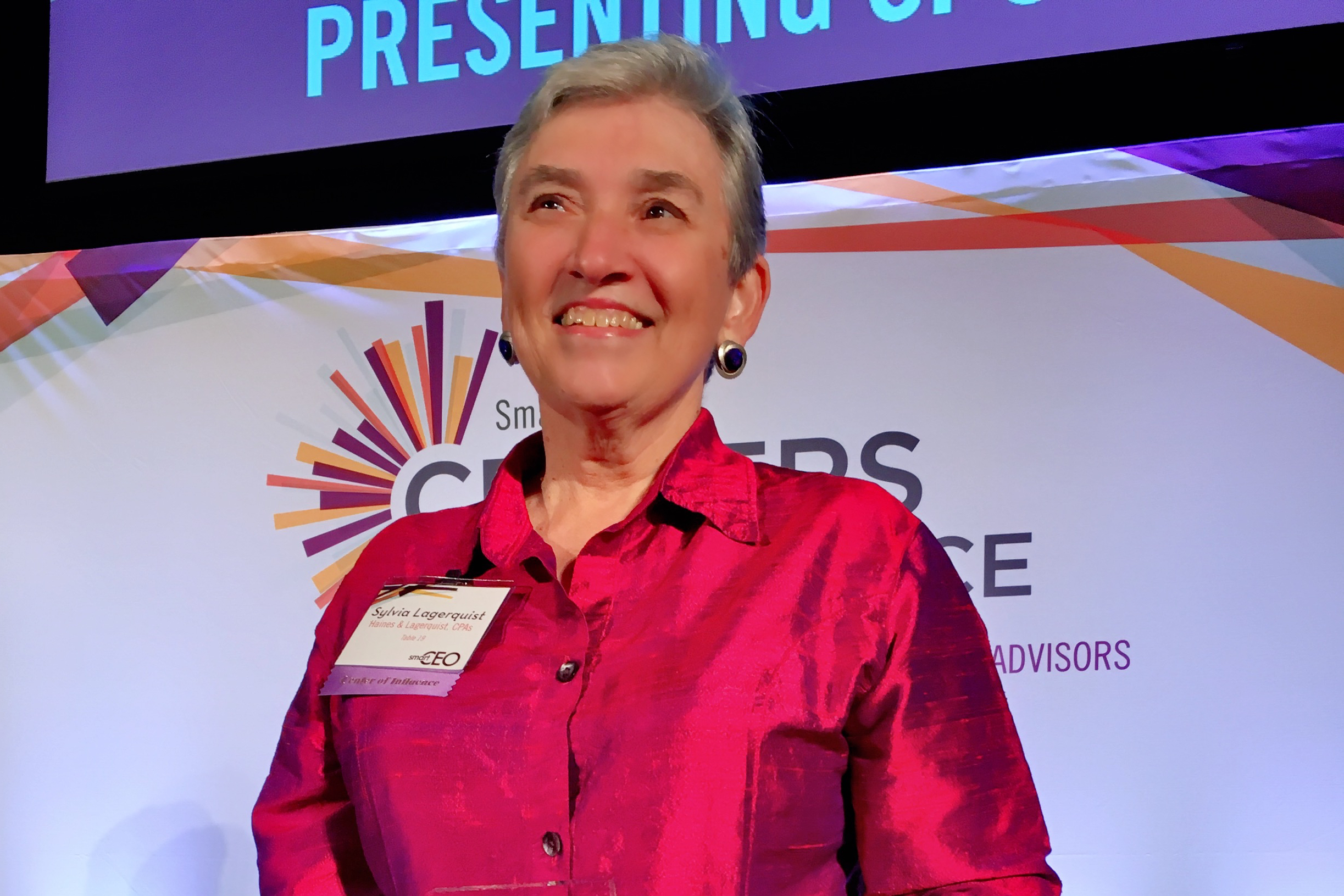 Sylvia Lagerquist, president of Haines & Lagerquist CPAs, was chosen as a winner for the 2016 SmartCEO Centers of Influence Awards, recognizing her outstanding leadership as a top accountant in the greater Washington, D.C. regional business community.

The Centers of Influence Awards program honors the leadership, innovation, impact and success of the region’s most enterprising accountants, attorneys and bankers. The program’s theme is “Honoring a CEO’s Top Advisors”.

These professionals represent the best and brightest in the region and have demonstrated an unrivaled commitment to their clients. Centers of Influence winners were selected not only on the basis of their nominations, but also on the specific testimonials of their clients. In addition to being selected as an honoree, Lagerquist was also voted as the winner in her category as the region’s top small business accounting advisor.

SmartCEO is a community of C-level executives. Accountants, attorneys and bankers are consistently considered among the most impactful advisors for business owners.

Finalists were profiled in the September/October issue of SmartCEO magazine and the honorees and winners were celebrated at an awards event held on Tuesday, October 11, 2016 from 6:00 to 9:00 PM at the National Press Club, 529 14th Street NW, Washington, DC 20045.